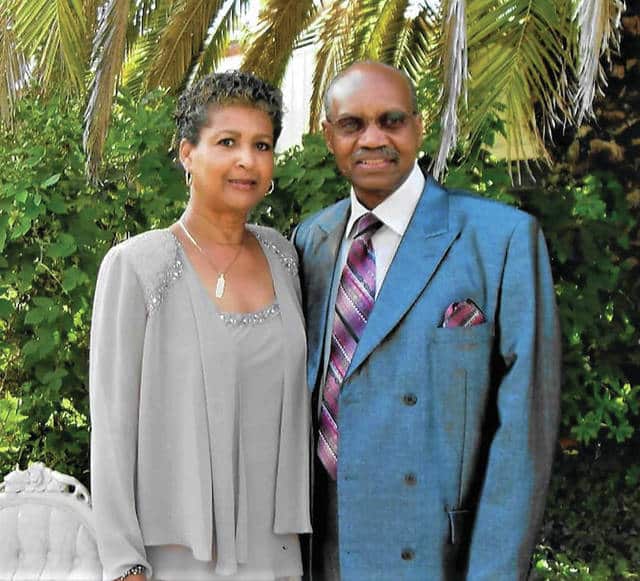 PIQUA — Lawrence (Larry) Hamilton and Linda Duncan, both retired Piqua teachers who met at church and became childhood sweethearts, will be celebrating their 50th year of marriage on Saturday.

The couple was married the day before the groom’s graduation from Central State University on June 12, 1971 in Loveland by Rev. Joseph Williams at the First Missionary Baptist Church. The newlyweds made their home in Piqua, and their marriage was blessed with four children, Lawrence (Butch) of Columbus, Cicely of Piqua, Erika of Santa Monica, Cali., and Jonathan of St. Paul, Minn.

Their children have planned a vacation trip that will be revealed to their parents on the day of their anniversary, and their children and grandchildren will be joining them and flying to the chosen location to celebrate their love and marriage with one another later in the month.