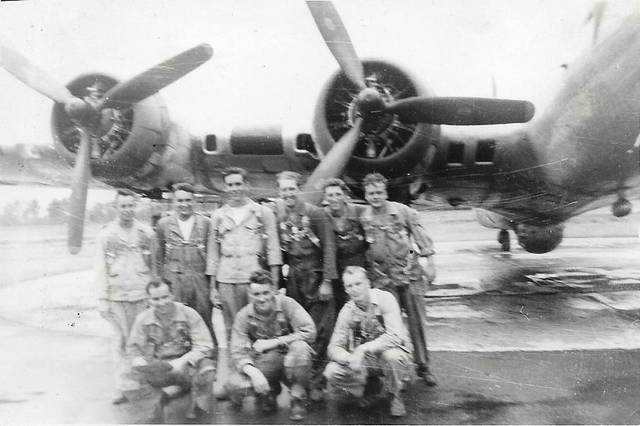 We just honored the war dead on Monday of this week, and I want to tell you the story of one who didn’t die and how his community is honoring him.

Bill Adams, 11, was living in a coal camp owned by International Harvester in Benham, Kentucky, when his father and an employee of IH, William Stephen Adams, died at age 39 in 1931 of heart failure, leaving behind a wife, Viva, Bill, and three teenage daughters. Company policy meant that shortly after the death of a wage earner, a family had to leave the company house, creating a residence for the next employee to fill the slot of the deceased.

As luck would have it, Bill’s father had built two rental houses in Cumberland, Kentucky (still called Poor Fork by some residents), and the family moved into one of them.

This is Bill’s story, so I’ll cut to the chase. In high school, he had an argument with a teacher and dropped out. His intention was to go to work in the coal mines. According to family lore, his mother, Widow Viva, went behind him to every hiring boss and pleaded, “Please don’t hire my only son. I’m a widow, and I don’t want him to die in a coal mine.” She was obviously successful because no one hired him.

So he went to work at Sears and then at Black Motor Company in Cumberland. Unhappy with those jobs, he enlisted in what was then the U.S. Army Air Corps, planning to be a mechanic. This branch of the military soon recognized his intellect, his 20/20 vision, and his relatively small stature, and sent him to pilot training.

So he was off to the European Theater after the U.S. declared war on the Axis, piloting the B-17 bomber. 405,399 Americans died in that war.

His next station was Occupied Japan until the Korean War broke out (Some call it a conflict, but persons who were there whom I’ve interviewed have told me that it sure felt like a war). He was again piloting bombers, this time on another continent. 36,574 Americans died in that war.

After 20 years of service (In what was by then called the U.S. Air Force), he retired as Major William Adams (No small feat for anyone- especially a high school dropout).

But Bill was not finished in his sense of loyalty to the U.S. and went to work as a civil service employee at Robins Air Force Base in Warner Robins, Georgia, where he worked for 20 more years. During his tenure there, he with a team of two other pilots traveled regularly for two-week stints to Wright Patterson Air Force Base in Dayton, Ohio, to give advice on the design of the F-15 Eagle from the perspective of pilots. His youngest daughter, Laurel, reports, “I’ll never forget that day at the base with Dad when that bomber that he worked on was featured in the annual air show. He was so proud, and I was, too.

Bill died in 1991, but his story doesn’t end. He was a modest man, and seldom mentioned any of his service to the U.S., except, we believe, when he visited the Cumberland VFW several times a year when he came to visit his mother. The family believes that among veterans, he could converse about war — never bragging, however, just swapping stories as veterans do.

In mid-June of this year family members will gather in Cumberland from Kentucky, Ohio, Tennessee, Texas, Wisconsin, and Georgia to unveil the signage on a new bridge there, Major William Ellis Adams Memorial Bridge. Emcee for the short program will be his oldest grandson, Lieutenant Colonel (Ret.) John White.

“In my youth, my initial interest in the military first came from knowing that my grandfather, Pop, had served in World War II, had flown airplanes, and had retired from the Air Force. When he would talk to me about his service, he didn’t mention much about specifics of the missions and duties- a little more of that came later when I was grown and serving on Active Duty — but in the stories, he shared with me, he would often speak fondly about the people with whom he served.

“When we had the opportunity to meet some of those people that worked for or with Pop, especially on fishing trips we took to see some of them, I noticed how much Pop enjoyed spending time with them and how much he genuinely cared about them. I observed the camaraderie they shared and sensed the respect and admiration they had for Pop. I remember thinking at the time that those are the kind of relationships I would like to have, a strong bond that was unique and honorable and that would always stand the test of time.

“In all of my 22 years of service, I always tried to remember to treat people the way Pop did. His former comrades said that he ‘humbly led and genuinely cared with dedication to them and the mission’”

Following the bridge ceremony, the family will go to the Huff Cemetery in Cumberland where Bill’s three grandsons will place a wreath on his grave, a wreath made by Lesa Kelly, his great-niece.

Bill’s story is simple but remarkable, and he represents those who lived to fight another day and did so with grace and modesty.