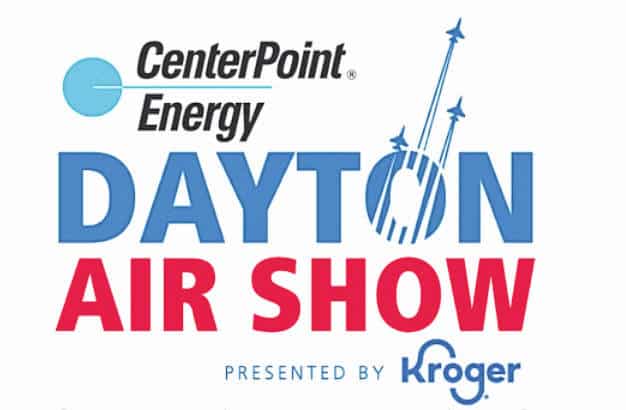 This year’s headlining attraction will be the U.S. Air Force Thunderbirds. This year will mark the 47th anniversary of the event held annually at the Dayton International Airport.

This year, the show will move to a “drive-in” format to align the show with current health guidelines and ensure the safety of guests. The show will convert its spectator area to a drive-in theater-type parking lot. Guests will be able to purchase 20-foot-by-20-foot private viewing area using half the area to park their car and the other half to view the show in tailgate fashion.

Ticket prices will start at $99 for up to six guests for general admission and front row platinum viewing areas for six guests for $199. Drive-in tickets are on sale now at the show’s website at www.daytonairshow.com.

Participants can drive in and out in their own vehicle and bring along a cooler with food and beverages. Restrooms will be located nearby and mobile concessions with food, beverage and merchandise will be traveling the aisles.

“We are absolutely thrilled to have the Thunderbirds in 2021 and introduce this incredible drive-in show to Dayton,” said Scott Buchanan, chairman of the United States Air & Trade Show Board of Trustees, producers of the show. “This new format is safe and will bring the utmost in convenience to our guests. It will be a first for Dayton and our fans are going to love it.”

The show has been working closely with health and other government officials to implement new measures to produce a show this year and keep patrons safe. Under this year’s new measures, guests, show staff and volunteers will be required to wear an appropriate face covering and social distance when necessary. The show will provide hand sanitizers on the grounds and implement enhanced cleaning procedures in restrooms and other areas.

Show attendance will also be reduced and some areas closed to accommodate current health guidelines. Specialty seating areas will not be available and there will be no static aircraft displays. The show will be broadcasted on FM radio.

This year is a special year for the Thunderbirds in Dayton. Flying in Thunderbird No. 6 as opposing solo will be Dayton native, Major Kyle Oliver. Born at Wright-Patterson Air Force Base Medical Center, Oliver went on to graduate from Beavercreek High School and The Ohio State University. He was inspired to join the U.S. Air Force while watching the Thunderbirds as a teen visitor to the Dayton Air Show.