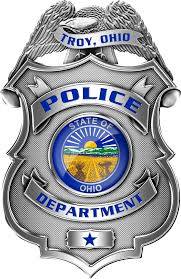 THEFT: An officer responded to Meijer on a theft complaint. Case pending.

OVI: Around midnight, an officer responded to the 800 block of Race Drive on a report of an accident with possible injuries. The driver, Kimberly Fast, 60, of Troy, was found to be intoxicated and arrested. Fast was charged with OVI, OVI over 0.17 with a BAC of 0.214, reasonable control, failure to reinstate, child endangerment, and driving without consent.

OVI: An officer stopped a vehicle for speeding in the Public Square. Mitchell Franco, 23, of Troy, was arrested for OVI and then released.

THEFT: An officer responded to Walmart on a theft complaint. Case pending.

OPEN CONTAINER: Brian Smith, 48, of Troy, was charged with open container and disorderly conduct in the 1800 block of West Main St.

DISORDERLY: Adam Payne, 37, of Troy, was charged with disorderly conduct and open container at Staunton Road and Michigan Avenue.

DAMAGING: A resident reported criminal damaging in the 100 block of West Street.