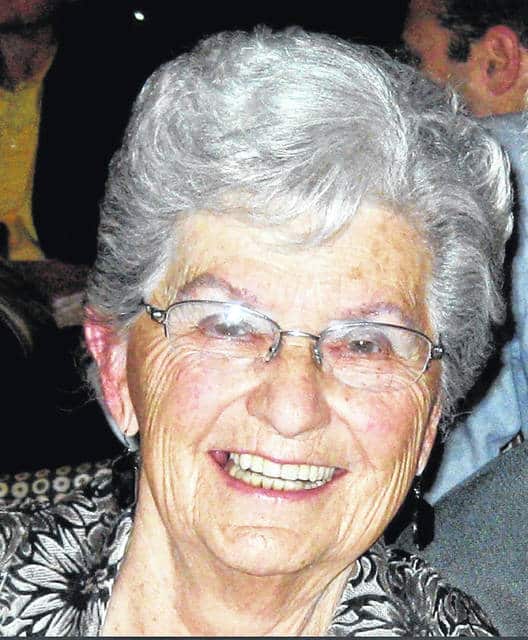 Bonnie was born in Columbus, Ohio, March 25, 1922. A graduate of North High School, she attended The Ohio State University where she met Robert Rudy, from Covington, Ohio. They were married on April 11, 1942.

Bonnie had many friends through her participation in Athena Club, Alpha Garden Club, and bridge club. She brought joy with her infectious laugh. She was an active member of the Covington Church of the Brethren, including serving as a Sunday school teacher. She was always willing to help someone in need.

Bonnie joined the family business, Rudy Inc. (formerly S.J. Rudy and Sons) and spent 45 productive years as office manager, where she was a favorite with customers. Her active life also included serving as a poll worker and a deputy registrar.

An exemplary homemaker, she enjoyed hosting gatherings for family and friends. In later years, Bonnie and Bob wintered in Arizona where she became an accomplished potter and sought-after bridge partner.

A celebration of Bonnie’s life will be held at a later date in Covington, Ohio. As a lifelong lover of birds, a contribution to the National Audubon Society would honor her memory.