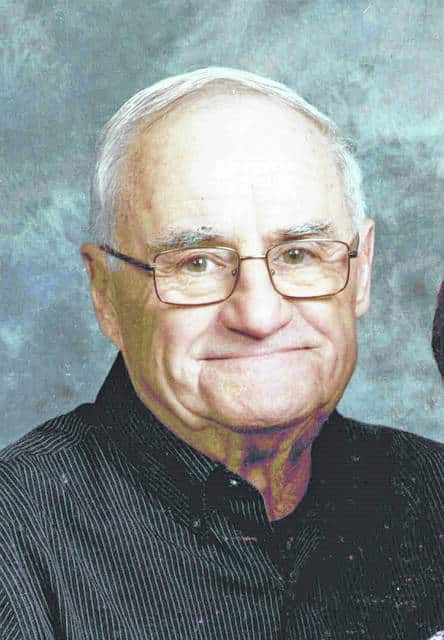 Harold is survived by his wife of 49 years: Susan (Perrine) Smith; daughters: Dawn (Shawn) Jackson of Miamisburg and Brenda (Eddie) Chase of Beavercreek; siblings: Julia Dapp of Auburn IN, John (Deb) Smith of Columbia City, IN and Penny (Ed) Ellert of Waterloo, IN; five grandchildren: Kaci, Alyssa and Evan Jackson and Connor and Cailynn Chase. In addition to his parents, he was preceded in death by one brother-in-law: John Dapp.

Harold was a member of St. Patrick Catholic Church in Troy. He retired from Navistar in Springfield in 2000 with over 30 years of service. Harold enjoyed fishing and woodworking. He proudly served his country as a member of the US Air Force.

Mass of Christian Burial will be held at 10:30 AM on Saturday, March 6, 2021 at St. Patrick Catholic Church in Troy with Fr. Michael as Celebrant. Burial will follow in Riverside Cemetery in Troy.

Memorial contributions may be made to St. Patrick Catholic Church, 409 East Main Street, Troy, OH 45373. Condolences may be expressed to the family at www.bairdfuneralhome.com.