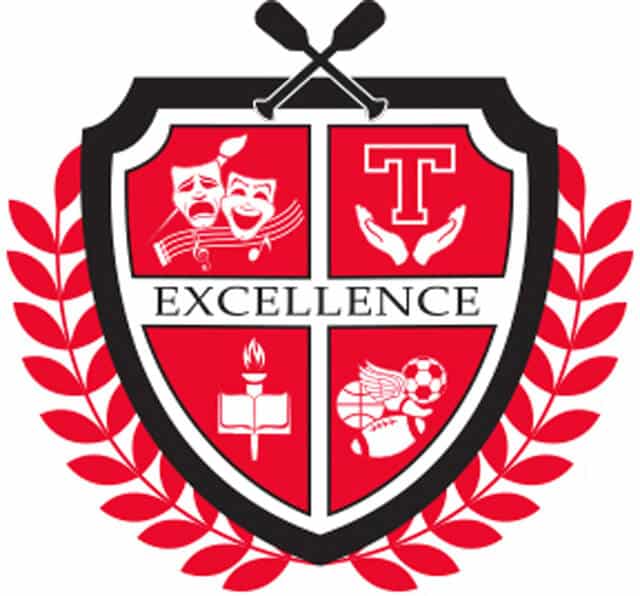 Davis Featherstone, son of McKay and Diane Featherstone, and Cooper Calk, son of Clinton and Tina Calk, are among an elite group of academically talented students. Only 17,000 high school seniors in the country earn this honor.

Featherstone said he had suspicions he would be in contention for the award, but he was stunned when he saw his parents in his classroom for the surprise announcement. “Having my counselor and parents come into my first period with the letter stating I’d made the cut certainly caught me off guard.”

The THS senior is an AP Scholar with Distinction, Top Scholar, National Honor Society Vice President, and 2nd Team All MVL honoree for football. He also scored a perfect 36 on the ACT and works as an intern at the nonprofit Pink Ribbon Girls.

Featherstone said, “My largest extracurricular activity is my role on the varsity football team. I’ve been starting left tackle for three years now, and the time spent with my teammates and coach has been extremely important to me.”

Featherstone plans to study either engineering or economics in college and hopes to “make a lasting impact on the world.” He has not made a final decision on where he will attend school.

Calk is an AP Scholar with Distinction, Top Scholar, National Honor Society member, and an Octagon officer that allows him to “help coordinate events that benefit our community.”

He also works at Target as a Guest Advocate. He explained, “This job has really allowed me to experience and work with a lot of very diverse people. Working there has helped me fine-tune my skills helping people.”

The THS senior has narrowed his college choices to the University of Texas at Austin and Texas A&M University. He plans to study computer engineering and also hopes to earn a master’s degree and potentially a Ph.D.

Calk encourages high school students to take the PSAT/NMSQT. “I almost didn’t take it because I didn’t really think it was too important since it wasn’t a ‘real’ SAT, and I wasn’t too familiar with the National Merit Program, but after learning about what it could bring, I decided to take it and look where I am now.”

To become a finalist, the candidates and a high school official must submit a detailed scholarship application, in which they provide information about the student’s academic record, participation in school and community activities, demonstrated leadership abilities, employment, and honors and awards received. The honorees must have an outstanding academic record throughout high school, be endorsed and recommended by a high school official, write an essay, and earn SAT® or ACT® scores that confirm the student’s earlier performance on the qualifying test.