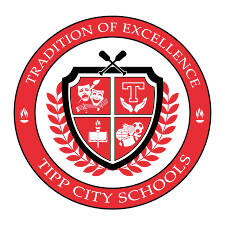 TIPP CITY — The Tipp City Board of Education approved a motion to create a remote learning opportunity for the district in conjunction with the Montgomery County Educational Service Center (MCESC) at Monday’s meeting.

Additionally, requests for remote learning opportunities have increased as the district’s COVID numbers have risen. According to the Ohio Department of Health, Tipp City Schools reported 15 new student cases and two new staff cases in the district last Thursday.

Additionally, the cost to the district is estimated to be $1,600 per student utilizing the remote learning option. According to Stefanik, the last allocation of ESSER funds is related to online and remote learning opportunities to students. The district currently has a plan in place, and once they have a definitive number to go off of, they will make revisions to the grant application as needed.

Board member Joellen Heatherly asked about how many seats would be available to the district and how families would be able to tell the district they wanted to be considered. Stefanik said he gave MCESC preliminary numbers by grade level, and they were told that the only grade level currently close to capacity was second grade. Parents who sign up for the remote learning opportunity would be committing for a semester, the program would be evaluated at the end of the first semester, and the district would look for more interest going into the second semester.

The board also held a discussion regarding a statement of accomplishments made by the board of education; while the item also appeared on the agenda as an action, none was taken due to some board members expressing that they felt it was inappropriate and ill-advised. Board member Simon Patry questioned the legality of the board publishing a statement of accomplishments, citing that as individually-elected officials, everyone has their own views as to what an accomplishment is and what is not.

“If you were to publish this quote-unquote ‘board of education accomplishments,’ you’d have to have unanimous approval of it. I will never approve a board of education statement of accomplishments because one, I don’t think it’s appropriate. I don’t think it’s appropriate as a board for us to come up with a list of things we’ve done well,” Patry said.

Patry added that it would be more appropriate to utilize the district’s communications coordinator, Liz Robbins, as well as the administration, in order to highlight positives within the school district.

Board President Theresa Dunaway clarified that the statement of accomplishments would be published on the board’s page on the website, and that while Tipp City’s Board of Education has never had a page like this, other school districts have done something similar. She said that the goal is to work with the community and ultimately set their students up for success.

“As it stands now, it’s hard because we have no way to get information to the community. Individual board members can’t make comments, and if the district isn’t doing that — it becomes this weird catch-all of, ‘how do you do it?,’” Dunaway said. “That’s why some boards of education, on their own page, just have bullet points.”