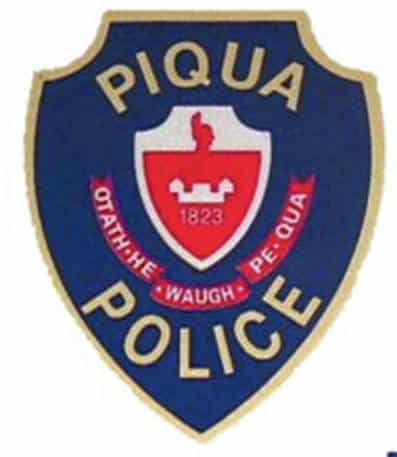 WARRANT: Officer called to 523 N. Wayne St. for a suspicious complaint. Caller was found to have an active warrant. Thomas Miller, 74, of Piqua, was arrested.

DRUGS: Daniel O’Neal, 36, of Piqua, was charged with possession of drug abuse instruments.

THEFT: Report of a male opening a beer and drinking it inside Walmart. Male was located and admitted to drinking the beer and had no means to pay. Troy Rook, 43, of Arkansas, was arrested for theft.

OPEN CONTAINER: Officer notified around 3 p.m. of a male sleeping on a bench near Unity National Bank, 215 N. Wayne St., with beer cans all around him. Steven Jones, 51, at large, was charged with open container.

ANIMAL ABANDONMENT: Employee at Red Roof Inn, 902 Scot Drive, advised a dog was left behind after the guest left with the rest of their property. The dog was transported to the animal shelter. Jennifer Scisson, 46, at large, was cited for abandonment.

MENACING: Officer dispatched to 128 Glenn St. for a menacing complaint. Sara Williams, 25, of Piqua, was charged with aggravated menacing.

DUS: Daniel Kendall, 34, of Piqua, was charged with driving while under suspension.

MENACING: Charles Long, 64, of Piqua, was charged with menacing.

DOMESTIC: Caller stated male and female were verbal at a park. Officer spoke to both. Female had injuries and stated male pushed her down. Joshua Mowery, 32, of Piqua, was arrested and charged with domestic violence and possession of drugs.