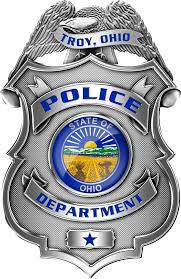 DISTURBANCE: There was a report of a disturbance on the 500 block of Virginia Avenue at 2:47 p.m. A report was taken.

FRAUD: An officer spoke with the reporting party in regard to someone attempting to file for unemployment using her identity at 3:29 p.m.

MENACING: An officer was dispatched to a menacing complaint on the 1000 block of Laurel Tree Court at 4:50 p.m. A report was taken.

THEFT: A theft complaint was made on the 1400 block of Market Street at 2 p.m. A report was taken.

HIT SKIP: An officer was dispatched to a hit/skip accident on the 600 block of North Market Street at 7 p.m. The suspect was later located and charged. A report was completed.

WARRANT: Officers made contact with a male in a closed park at 12:32 a.m. at Treasure Island. After an investigation, one male was taken into custody due to an out-of-county. Drug charges pending.

HARASSMENT: At 12:44 a.m., while on patrol, an officer was dispatched to the Royal Inn at 1210 Brukner Dr. for a telephone harassment complaint. Two adult males were charged with falsification after further investigation. Justin M. Gue,, of Greenville, and Cody C. Waterbeck, 23, of Greenville, were charged with first-degree misdemeanor falsification in connection with this incident.

THEFT: Officers responded to the Troy Community Thrift Store, 707 S. Crawford St., for a report of a theft in progress at 1:08 a.m. Franklin G. Zank, 46, of Concord Township, was charged with first-degree misdemeanor theft and fourth-degree misdemeanor criminal trespass in connection with this incident.

BURGLARY: Officers were dispatched to a burglary complaint in the area of North Crawford Street at 3:40 a.m. Investigation is pending.

ACCIDENT: There was a traffic accident reported at 3:07 p.m. in the area of Fenner and Barnhart roads.

UNRULY JUVENILE: There was an unruly juvenile complaint at 5:07 p.m. The location was redacted. The juveniles involved will be charged through juvenile court.

TRESPASSING: An officer was dispatched to the 100 block of Riverside Drive for a trespassing complaint at 7:32 p.m. An adult male was located with an active warrant and incarcerated; report completed.

AGENCY ASSIST: An officer assisted the Ohio State Highway Patrol in a pursuit of a stolen vehicle at 1 a.m. The officer terminated involvement shortly after it began.

SUSPICIOUS: Officers were dispatched to Experiment Farm Road due to a suspicious male at 6:40 a.m.