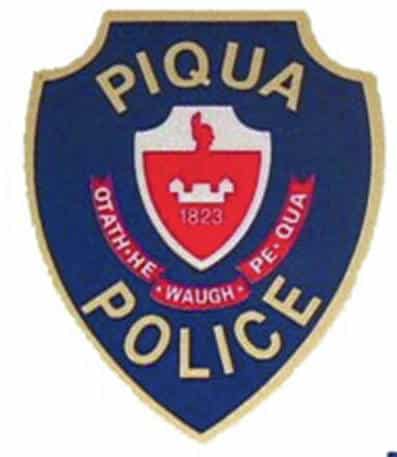 DISORDERLY CONDUCT: Officer dispatched to Baymont Inn and Suites, at 950 E. Ash St., for a disorderly complaint. Employee said an intoxicated man was causing a problem with other guests. Thomas Smith, 35, at large, was arrested and charged with criminal trespass and disorderly conduct.

WARRANT: Hubert Clack, 30, of Dayton, was arrested for an active warrant.

CRIMINAL DAMAGE: Complainant reported an unknown subject busted the windows out of her vehicle that was parked in the lot at her apartment building at Piqua Village Apartments. Stefan Pummill, 34, of Troy, was charged with criminal damaging.

PRISONER TRANSPORT: An adjacent county police agency advised they had a male with an active Piqua arrest warrant in custody. William McBrien, 31, at large, was handed over to Piqua Police and incarcerated in the Miami County Jail without issue.

DOMESTIC VIOLENCE: Victoria Cox, 18, at large, was charged with domestic violence for allegedly hitting her mother.

DISORDERLY CONDUCT: Report of a male passed out on the Public Square Gazebo with a can of alcohol next to him. Steven Jones, 51, of Piqua, was charged with disorderly conduct.

ASSAULT: David Millet, 29, of Sidney, was charged with assault.