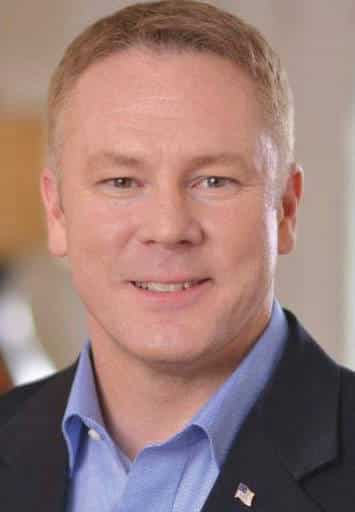 Two-hundred and forty-five years have passed since 56 men committed treason and signed the Declaration of Independence. Since the signing of the Declaration, the history of the United States has been characterized by the trials of liberty and the struggle to live up to the high ideals of Spirit of ’76.

Today, you’re likely to read apologies for our nation, as it’s become fashionable to couch love for the U.S.A. with qualifiers, hedges, and mea culpas. To be sure, our nation has often failed to live up to the high ideals of the Founding. I’ve written as much on other occasions and remarked upon it on the House Floor. Those failings, however, didn’t start on July 4, 1776. They started before and after our Founding Fathers signed their names and the future of our nation to the idea that “all men are created equal.”

In the years since its signing, the Declaration of Independence has been a beacon of hope and a template for others writing their own charters of freedom. Others have attempted to mimic the grace of the 245-year-old document, but none have succeeded like America.

The tumult of the past year has again tested the mettle of the American people. Between a pandemic and the ensuing economic, social, and electoral unrest, many have succumbed to a pessimism that doesn’t bear out when examined with a wider lens. Privileged as they are to take our freedom and opportunity for granted, America’s home-grown detractors willfully ignore the abundant blessings made possible by America at home and around the world.

Independence Day is about the revolutionary ideals inked in a bold declaration that set the United States on course to defy history by placing life, liberty, and the pursuit of happiness at the center of our government’s mission. Recognizing rights endowed only by our Creator, they limited the power of government, and pledged their “lives, fortunes, and sacred honor” in pursuit of freedom from the tyranny of king, government, ideology, or any heresy codes.

On this July 4th, don’t be ashamed to love this country. Admire its founding, take pride in our progress as Americans, and stand in awe at the blessings that we enjoy because our fellow Americans have fought, bled, and died to make this a more perfect union. This is a republic if we can keep it. The greatest nation to ever exist must renew its faith that with God, all things are possible. By the grace of God, America is without equal – the land of opportunity.

The Amish Cook: The Yoders get their goat