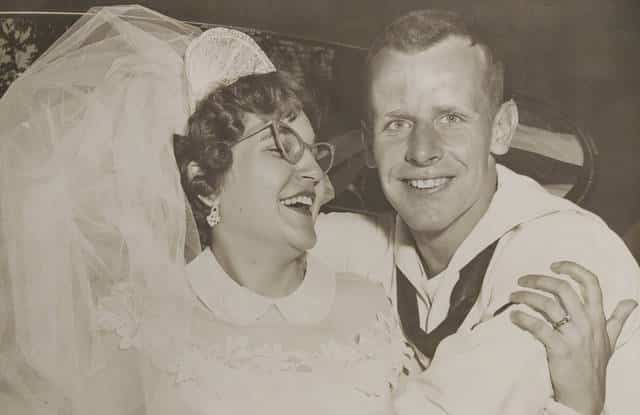 MIAMI COUNTY — Alven and Marilyn Osting will be celebrating their 69th wedding anniversary on July 4.

Alven and Marilyn were married July 4, 1952 at Delphos St. John’s Church in Delphos.

Marilyn graduated from Bluffton High School in 1950, and she went to nursing school at Lima St. Rita’s Hospital. She spent the many years working at Stouder and Dettmer hospitals. Marilyn retired from Premier Health. She is presently a patient in Freedom Court at Springmeade Health Center, Tipp City.

Alven graduated from Delphos St. John’s High School in 1950, and he attended University of Dayton. He joined the U.S. Navy in 1952 during the Korean War and spent four years as a Hospital Corpsman and an X-ray technician. He was discharged in 1955. He worked 39 years as a grocery and meat salesmen. He retired in 1992 from Sara Lee Corp.