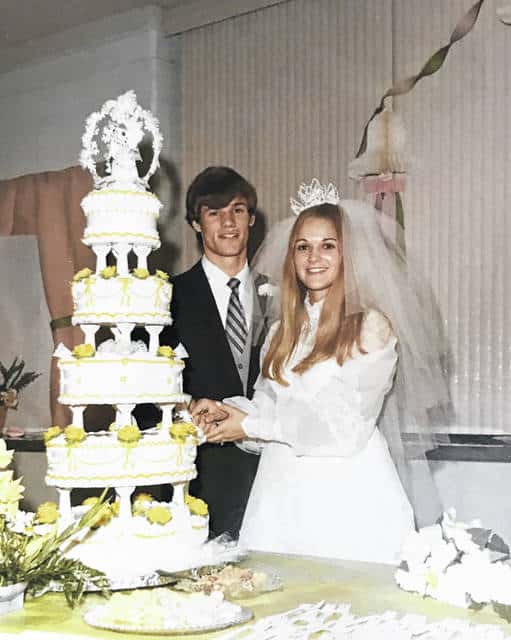 The couple has two sons and four grandchildren, including son, Dr. Jason M. Jackson and wife SherylAnn (Tegeler) of Troy, and grandchildren, twins Noah B. Jackson and Grace H. Jackson, both juniors at the University of Dayton, and all residents of Huber Heights; and son, Dr. Ross A. Jackson and wife Jill H. (Arhar) of Willoughby, Ohio, and their children, Paige Elizabeth, a senior at Tipp City High School, all residents of Tipp City, and grandson Connor I. Jackson, attending Edison State Community College.

The couple was married on June 12, 1971, at Saint John the Baptist Catholic Church in Tipp City, with Father August J. Kneipp officiating.

Charles worked at Wright-Patterson Air Force Base, Sumaria Systems Inc., and CSC, all in Fairborn, and is now retired.

When the couple first met, Linda was employed at Shorty’s Dairy, and then Hobart Corp. and Cleveland’s Dairy Bar while in high school. She then owned and operated her own business, Slender Benders, and finished by designing and running the Substitute Teacher’s Scheduling System for all of the Troy City Public School System, and is now retired.

After a Mass at Saint Patrick Church in Troy on Saturday, June 12, a family dinner at home was the first entire family gathering since the beginning of the COVID-19 pandemic.