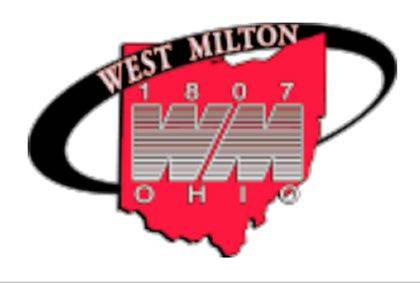 WEST MILTON — Members of the West Milton Village Council are reminding residents to call the municipal building at (937) 698-1500 and schedule bulk trash items for pick-up before placing them on the curb.

“Just contact us,” Municipal Manager D. Jeffrey Sheridan said during village council’s regularly scheduled meeting on Tuesday. “The main thing is communication. If you’ve got questions, call us. If you have a bulk pick-up, let our staff know, and we’ll let you know how soon we can get to it.”

The village is still fine-tuning its trash collection program, which started earlier this year after the village ended its contract with Waste Management. Letters will be sent to residents who failed to schedule their bulk trash pick-ups.

“We went ahead and picked them up,” Sheridan said of the unscheduled bulk items. “I’m sending them letters today to let them know that was a courtesy, and if it happens again, they will be subject to a code violation.”

“Overall, it’s working very well,” Sheridan said of the trash collection program. “We probably need to do it for a year, because the different seasons will present different challenges, so I would expect to still be making some changes and fine-tuning it as we move forward.”

In other business, council members also approved the second reading of an ordinance to place the renewal of a 0.5 percent income tax supporting police and fire operations on the ballot before voters this November. The current tax levy expires on Dec. 31, 2021; if approved by voters, the renewal levy would run for a five-year period starting Jan. 1, 2022 and expiring on Dec. 31, 2026.

“It’s funding for public safety,” Sheridan said. “Losing that funding source would be a significant challenge for us. The options to replace that are very limited.”

Council members approved a contract for the purchase of water meters, not to exceed $28,000. “The primary issue is making sure we have enough water meters moving forward to meet the demands,” Sheridan said. “Because the time delay in receiving such equipment is so great, we want to make sure to order in a timely fashion.”

Council members also approved two changes to a contract for the Ludlow Falls Sewer project. The changes reflect a change in the planned installation method for a six-inch water main that runs along State Route 48.

Council members also heard an update on mosquito fogging, which started in May and will run through September this year.

“It’s going to be a bad mosquito year,” Service Director Ben Herron said. “We’ve been getting a lot of rain. If we start getting some dry periods, and we’re going to have a lot more mosquitoes.”

Village staff will also conduct a new program to help find and eliminate standing water. “It’s amazing how many mosquitoes can breed in a little children’s pool,” Herron said.

Council also discussed a list of council members’ upcoming priorities for the village, including three and five-year plans. “I’m also going to ask staff to complete a priority list,” Sheridan said. “They don’t have to put their names on it.”

“I’d like to have the process completed by our first meeting in July,” he said.

Council members adjourned their meeting to executive sessions. Village Council’s next regularly scheduled meeting will be a workshop held at 7:30 p.m. on Tuesday, June 22, at the municipal building.