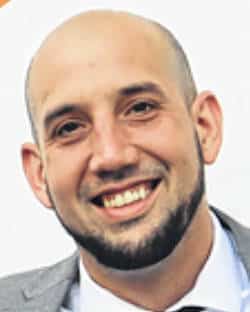 Sexual misconduct is a subject that often makes headlines when it comes to scandals among famous or people in positions of power. But it happens far more frequently than we realize, often going unreported. And among the cases we know of, the role of substance use is an often-overlooked component that deserves more attention.

Substance use, in its own right, is a serious problem in America. Rates of addiction and overdose death are at all-time highs, particularly since the COVID-19 pandemic. The latter replaced the former as the most salient public health emergency of our time. Yet, the two have quietly fueled each other, creating a scourge of death and illness.

With this as the backdrop, we examine the issue of sexual misconduct.

Sexual misconduct is an intentionally broad term used to describe an array of unwanted behaviors. This applies to employers and educational institutions, where policies like Title IX protect people from being discriminated against or treated unfairly because of sex and gender. These are federally required policies that must be upheld for universities to receive funding, and they include acts of sexual assault.

In today’s world, people are being held accountable publicly for even perceived acts of sexual misconduct. But what isn’t being discussed openly is the role of substance use in these situations. There’s an almost ubiquitous role of substance use in sexual misconduct. It seems that every aspect of the puzzle lends itself to being influenced and influencing drug and alcohol use.

First, we find that people who commit sexual assaults and other sex crimes and mostly under the influence of an intoxicant. A study performed among college students reveals the rate to be at 74% just when it comes to alcohol. This doesn’t include other substances, either taken separately or in combination with alcohol.

Another thing we discover is that most people who are victims of sexual assault are under the influence of an intoxicant. The same study above found the 55% of rape victims had been consuming alcohol.

Again, this doesn’t even factor in the presence of other drugs and substances.

Another sad side of the coin is the survivors of sexual assault. When a person is assaulted or raped against their will, they’re left with trauma. This can cause them to turn to drugs and alcohol to numb these feelings since many may feel too ashamed to disclose the incident to anyone else.

According to Mind Wise, victims of sexual abuse are 13 times more likely to use alcohol and 26 times more likely to use drugs than those who have not been sexually abused. These rates give just a glimpse into how high figures likely are in reality. When we have a situation where every aspect of it is affected by another single factor, we have what’s known as a correlation. Substance use affects sexual misconduct and vice versa. This isn’t to say that one comes first or is senior in importance or causation to the other. But the relationship appears to be such that lowering rates of one may directly affect the other.

Many attempts have been made to expose and curtail sexual misconduct, violence, and assault across America recently. And similarly, another major effort has been made to curb substance use and decrease rates of overdose deaths, particularly from opioids. And both of these have been overshadowed by a public health epidemic.

An excellent starting point for decreasing public health and safety problems is focusing on substance use. Where addiction rates are high, we find rates of sexual violence and disease to be higher. These corollaries have been proven throughout history. So, it makes sense to unite forces and tackle the problem together.

When a person gets help for substance use, virtually every aspect of their life improves. They become healthier both physically and mentally and are less prone to disease, crime, and making bad decisions. This isn’t to say that those things cannot occur where drugs and alcohol are absent, just that they’re statistically less likely.

Curbing addiction could be likened to handwashing on a social level. It’s perhaps the simplest thing one can do.