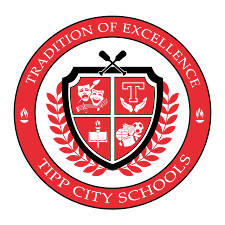 TIPP CITY — Many residents of Tipp City raised concerns over the number of resignations of staff members within the district over the past several months at Monday’s school board meeting.

“On tonight’s agenda, we see six more resignations in this district, and three supplemental,” Heidi Silvers, a retired teacher within the Tipp City School District, said. “Our teachers and administrators are now leaving, not because of better teaching opportunities. They are leaving because of the gross overreach of this board, micromanaging and abuse of the power of the board.”

Silvers added that students who were not nominated for Student Senate were allegedly elected to Student Senate, which she said has lead to the resignation of Student Senate advisor Denise Moore Robertson. In addition to this, Silvers stated that she submitted a public records request to the school district on April 11 requesting emails sent from a school board member’s school email account, personal law firm and the school system as it pertains to Student Senate, and that to-date, no information has been given.

A public records request was sent on April 6, 2021, by the Miami Valley Today requesting all direct communication between the specified school board member and Tippecanoe High School principal Chris Zink, as well as the Student Senate advisors. To date, no response has been received regarding the request.

Another resident who spoke in regard to the high volume of staff resignations was Steve Staub, who has been a resident of Tipp City for 29 years and has a daughter attending Tippecanoe High School. Like Silvers, he submitted a public records request to the school board, requesting all communication from the school board to district staff over the last two years; as of Monday, his request was denied.

Karen Kaibas spoke at the March 22 school board meeting regarding the resignation of Zink and other school administrators. At Monday’s meeting, she addressed assistant superintendent Steve Verhoff’s resignation, pointing out that the district now needs to hire an assistant superintendent, a treasurer, and principals for the middle and high schools.

Tipp City Board of Education vice president Anne Zakkour addressed citizens’ comments regarding the high volume of resignations during the president’s comments, stating that she felt many of the claims said during citizen’s’ comments were hyperbolic in nature. She added that, while the district is experiencing a high turnover in staff, Marion Stout with the Dayton Consortium said that “the sky is not falling in Tipp City,” according to Zakkour.

“I just want to bring that into the conversation to help provide some balance, and reassurance, and confidence, and I really would greatly appreciate the people in our community that recognize this and that we definitely need to address deficits, we need to know where they’re coming from and why, but at the same time guard ourselves against very exaggerated languages and fear,” Zakkour said.

Zakkour also pointed out that the board, in 2020 and to date, has unanimously been in favor of having a spot on the agenda during regular meetings allowing for comments from the Tipp City Education Association (TCEA). According to Zakkour, the board saw a lot of departures of educators in the district prior to the TCEA forming in March of 2015 — she read from a news article that stated the concern over staff turnover was part of the reason the TCEA formed. She also pointed out that the last time the TCEA spoke at a board meeting was in September of 2020.

“I believe in communications. We, in 2020, opened up a comment every month for the teacher’s union to come in and speak directly to this board, which is one reason they were frustrated they didn’t have that avenue prior to 2020,” Zakkour said. “I’ve been in here for every meeting, and there’s been no teacher in here talking to us (for seven consecutive months). I’m asking that we be fair — you can’t get in to fix things or understand things if you don’t have that two-way communication.”

Superintendent Mark Stefanik said the number of resignations is not far outside of the average, citing the National Center for Education Statistics in which 8 percent of teachers leave the profession yearly and another 8 percent move to other schools. Between Sept. 1, 2019, and Aug. 31, 2020, the district lost three administrators. According to Stefanik, one returned to his home district and one obtained a “dream job.” During the same time, Stefanik said seven teachers resigned including some who wanted more time with their babies, some who switched from a half-time position to a full-time position, and there was a long-term sub that was not renewed, which is standard procedure. Along with this, the district had three retirements. From September 2020 to date, the district has accepted four resignations from certified staff and three administrators, with four staff members retiring.

“I support offering staff exit interviews, but we must be willing to accept the information provided and respect their privacy. Turnover happens in all industries and while it can be challenging to lose respected employees, the district does not have a high turnover rate and is well below national averages in the industry. And, we have people who seek us out for employment. Recently posted positions (have) attracted hundreds of applicants,” Stefanik said.

Six resignations and three supplemental resignations were accepted Monday night in a 4-1 vote, with board president Theresa Dunaway voting against the motion:

The next regular meeting of the Tipp City Board of Education will be at 6 p.m. Monday, May 24.