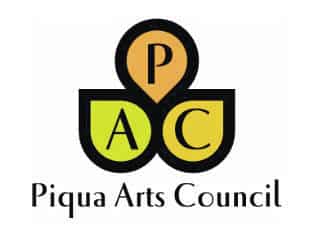 PIQUA — With the pandemic taking a toll on artists of all mediums this past year, including musicians, the Piqua Arts Council has created a concert series to help.

During the height of the pandemic, the arts had an unemployment rate of nearly 50 percent and even now, with most businesses back up and running, the arts are hovering above 27 percent with theaters and music venues still closed and many restaurants unable to afford musicians with the changes in their seating capacities, according to Piqua Arts Council’s Executive Director Jordan Knepper.

Piqua Arts Council is hosting their Musicians’ Benefit Concerts this year, a concert series that will raise more than $100,000 to support the musicians of Miami and Montgomery Counties who have been impacted by the pandemic.

The first concert of the video concert series will be at 7 p.m. Friday, April 30, with a performance from Zack Attack! The group performs R & B, rock, hip-hop, pop and alternative music.

“When selecting bands for the series, I knew we needed the highest quality of musicians and I wanted music people to be able to sing along with or dance to,” Knepper said. “We specifically chose Zack Attack because we knew their over-the-top energy would come through on camera.”

These concerts will be hosted virtually on the Piqua Arts Council’s Facebook and Youtube pages, Indian Nation Station’s Youtube page and Piqua Channel 5 and will premiere at 7 p.m. every Friday, starting April 30 and ending June 4. All funds raised for the Musicians’ Benefit Concerts will go directly to the bands, Knepper said.

To donate to local musicians, like Zack Attack, visit piquaartscouncil.org/musicians-benefit-concert.

Residents also can support the cause by becoming a sponsor for the event as an Executive Producer, Producer, Director or Cast Member and receive promotional benefits that range from listings in the opening and closing credits, to the company’s logo in the Piqua Arts Council newsletter, to a 30-second commercial or donate freely. All sponsorship dollars raised go straight to musicians.