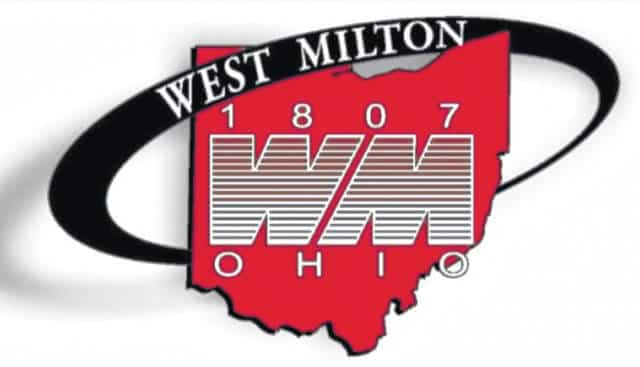 “This week was the last week for Waste Management for collection,” said interim municipal manager Ben Herron during the council’s regularly scheduled meeting on Tuesday, April 13. “We’re officially taking over next Tuesday.”

“Today crews began delivering all of the toters,” he said. “Along with the toters, residents will receive a two-sided, weather-proof flier.”

“The Waste Management cans will be picked up by our crews,” Herron said. “If you can just have them out front, where we can see them. That’s probably been the biggest question so far.”

A central recycling container located behind the village’s service garage should also be ready by Tuesday, April 20.

“We’ll start picking up Tuesday, and it will run into Thursday and possibly Friday,” Herron said. “Once we get the routes down, then we will start to figure out how to do it slowly, safely and methodically.”

Residents will no longer have to call for bulk pick-ups or wrap mattresses and other furniture.

“We’ll be going out on Fridays to scout the whole town for one bulk trash run,” Herron said. “Every Friday we will do a check. Instead of tying up the phones at the city building for bulk pick-ups, we’re just going to check everything.”

West Milton residents should have already received one letter regarding the new trash program sometime around March 19. A small group of residents also put together an informational video that is posted on the village’s YouTube channel and Facebook page.

“Tom Beck, Scott Fogle, Clint Nagle and Joey Smith put together a really good short video,” Herron said. “I want to thank those guys for doing that; it’s on our YouTube channel.”

Questions and requests for additional or different-sized toters can be directed to the municipal offices at (937) 698-1500.

“It basically is a way to make the process better and faster for the community,” Herron said of the trash collection program. “It’s taken us a long time to get to this point, I think everyone has put as much thought into this as possible.”

“I’m glad that the day is finally here because the service has really gone down,” he said. “It’s going to be good to take this over and get going on it.”

“With the new trash thing, have patience,” she said. “It’s a learning process. Things are always going to change; we have to learn to do new things.”

“I want to thank you all for all of the work that you’ve done,” Martin said. “Nobody’s perfect, but you all have done an outstanding job. A lot of the community doesn’t realize how much money you have saved this community with how you’ve handled things.”

“The south side needs some, too,” Lair said. “At the intersection, and maybe in the middle of the block.”