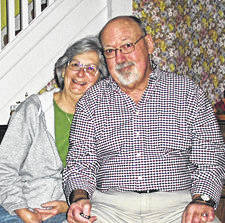 Jack and Linda were married in 1971 at Greene Street Methodist Church. Standing up with Jack as best man was Jim Siler and maid of honor for Linda was Debbie (Hoffman) Weaver.

The couple had a five-day honeymoon at Scott’s Inn in Piqua.

After the honeymoon, Jack headed to Vietnam for a one-year assignment.

They have two children, Beth Maniaci (husband Lynn) of Piqua and Tom Littleton of Henderson, Nev; and three grandchildren.

Future plans are taking mini trips in the US and enjoying family and friends.