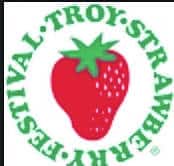 TROY — The Troy Strawberry Festival Board of Directors announced Saturday that it will again cancel the annual festival, citing the ongoing pandemic and continued restrictions in the state.

Troy Area Chamber of Commerce Executive Director Kathi Roetter said costs associated with the current state mandates would make the festival cost-prohibitive, among many other obstacles.

Roetter said the board submitted a modified version of the festival, based on what they expected the guidelines to be from the state of Ohio at festival time, June 5-6, to Miami County Public Health. This included food vendors following current restaurant guidelines, all booths practicing social distancing, masks required for all vendors, volunteers and attendees, and 50 percent vendor capacity. Roetter said this would have taken the number of vendors allowed down to 100, from 200 during a normal year, with a space in between each vendor to allow for social distancing.

Roetter said the plan also included the ability for any vendors to cancel participation at any time and the option to cancel the festival at any time due to changing conditions.

Further, plans included taking the temperatures of volunteers and vendors each morning as well as the public at shuttle stops and sanitizing the shuttle buses every hour.

“We appreciate the assistance of Miami County Public Health officials,” Roetter said. “They have been great to work with despite the fact that the state of Ohio still hadn’t released festival guidelines.”

Roetter said expenses the board would incur would include purchasing masks for distribution, hand sanitizer stations, sanitizer for buses, thermometers, stanchions for social distancing and additional signage.

“The lack of vendors would have reduced revenue while still having a venue of the same size. This would mean that our expenses for trash, security, etc., would not have gone down despite the reduction of vendors,” Roetter said. “In fact, we were finding that the vendors that the festival does business with were charging more because they also have added costs.”

Roetter said festival records show that nonprofits raise $200,000-$300,000 collectively each year of the festival, which is held on the levee and in the downtown area.

Roetter said a survey to previous vendors showed a desire to participate in a 2021 event, although many indicated they would have to get approval from their respective boards of directors.

“Several expressed concerns about the large crowds despite being outside and the number of people vaccinated,” she said.

Roetter said while finances were a concern, another hurdle was a concern for a lack of volunteers, with many recently saying they would not participate due to concerns about a large crowd. She said the nonprofits also voiced concerned that they wouldn’t have enough volunteers to man their booths.

“Concerns about putting volunteers in a position to enforce mask-wearing and social distancing requirements, and the timeline — two months — was going to be a big challenge,” Roetter said.

The TSF is governed by a group of nine volunteers representing the festival committee, participating nonprofits, the chamber board and the community-at-large and there is no city of Troy control or representation, Roetter said. She said there is a continued misperception that the festival is a fundraiser for the organizations involved in the planning, which she said is far from the truth.

“We want people to know that the festival is put on by a dedicated group of volunteers and that any profits made by the festival are used to cover the expenses that are incurred annually including trash pick-up, security, entertainment, barricades, signage, insurance, etc.”

Roetter said festival supporters can still look forward to the 2022 festival, with a theme of “Peace, Love and Berries,” with Linda Roth serving as the festival’s general chairwoman.

“While we regret that we were unable to hold the festival again this year, the board understands that it is vested with fiscal responsibility and their decision, while it is unfortunate, demonstrates their commitment to assuring that the festival will be a part of the fabric of Troy for many years to come,” Roth said.