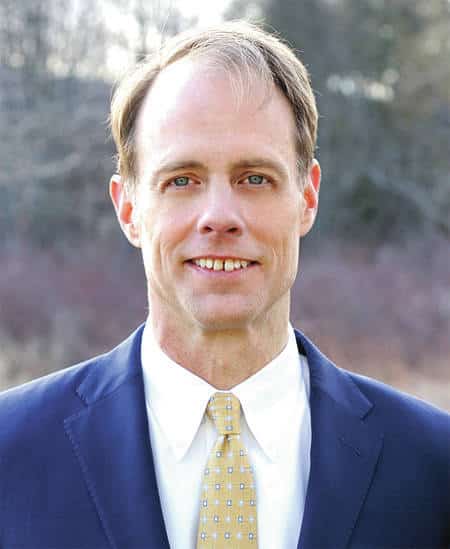 In recent weeks, U.S. automakers have been hit hard by a global shortage of semiconductors. It’s the latest problem stemming from America’s over-reliance on a wide range of industrial imports. With the COVID-19 pandemic having disrupted global supply chains, U.S. automakers are now scrambling to find adequate supplies of the computer chips that run everything from power steering and navigation systems to collision sensors. The issue is serious enough that both GM and Ford have halted production.

The Biden administration is racing to address the problem—along with other serious supply chain vulnerabilities. The president has already issued an executive order identifying key import dependencies, including semiconductors. It’s a promising start, but the United States must rapidly rebuild its domestic chipmaking industry in order to lessen the nation’s dependence on overseas suppliers.

Why are semiconductors so important? Because computer chips are the “brains” of not just computers, cars, and medical devices but also the weapons systems that support America’s military. Being so dependent on imported computer chips leaves America’s national security vulnerable to the whims of the global market.

Right now, Taiwan is a key player in the chip industry. Taiwan Semiconductor Manufacturing Company (TSMC) alone accounts for more than half of global chip revenues. However, China has invested a stunning $120 billion to dominate future semiconductor production—something that could endanger U.S. security when chips are used for sensitive products and installations.

The time has come for the United States to bring back its semiconductor manufacturing industry. But how to do it?

Modern industry is built on semiconductors, which in turn are made from a wide array of minerals, including silicon, graphite, copper, gallium, and rare earth metals. What’s worrying is the degree to which China dominates the global supply of these crucial resources. For example, China controls 70 percent of the world’s lithium supplies, 80 percent of rare earth metals, and roughly 70 percent of the world’s graphite. These materials are irreplaceable for producing everything from electric vehicle batteries to solar panels and semiconductors.

To get back in the computer chip business, the United States must not only rebuild domestic chipmaking foundries but also start sourcing needed minerals and metals at home. Doing so would be the first step to ensure a secure, responsibly produced supply chain for U.S. industry. Worryingly, America’s mineral import reliance has doubled in just the past two decades—even though the U.S. is home to an estimated $6.2 trillion in mineral reserves. Rebuilding semiconductor production must happen in parallel with a resurgence in America’s mining sector.

Congress and the president should implement reforms to support a substantial increase in U.S. chip manufacturing, with a goal of producing 50 percent of semiconductors in every major category. Policymakers should also ensure that semiconductor inputs and equipment are not sold to entities with Chinese military ties.

Relaunching America’s computer chip industry could create hundreds of thousands of good-paying manufacturing jobs. The U.S. can resume its position as the world’s leading manufacturer of semiconductors—something that would strengthen national security and America’s industrial self-sufficiency.