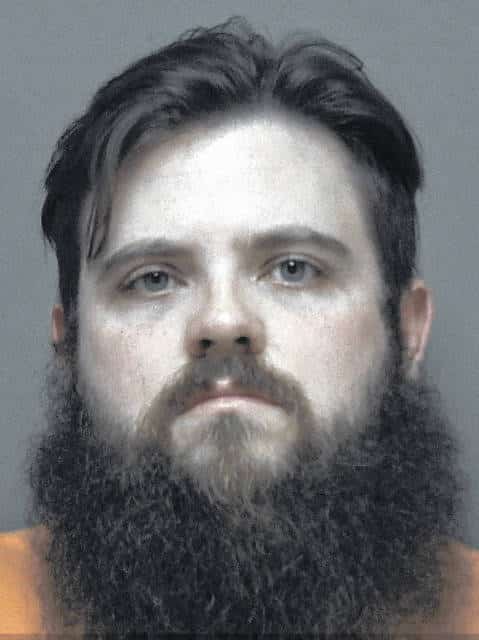 TROY — Joshua L. Schwarz, of Piqua, submitted a waiver of grand jury indictment Tuesday afternoon in reference to the multiple charges filed against him, all relating to child pornography. Schwarz also waived his right to a trial by jury and entered a plea of guilty as part of a plea deal.

In February of this year, Schwarz, 33, was charged with 15 counts of pandering obscenity involving a minor, all felonies of the third degree, following an investigation by the Piqua Police Department (PPD). He initially pleaded not guilty to the charges, and has been held in the Miami County Jail since his arrest on Feb. 19.

According to Judge Jeannine Pratt, who presided over Tuesday’s arraignment, Schwarz faces a maximum of 60 months in prison for each of the 10 counts, to be served consecutively or concurrently, at the court’s discretion. If served consecutively, Schwarz will face a total of 50 years behind bars. The maximum fine to be handed down is $100,000, Pratt said. Upon release, Schwarz will be required to register as a sex offender, stipulations of which will be determined upon sentencing.

On Dec. 22, 2020, PPD received a CyberTipline report from the National Center for Missing and Exploited Children (NCMEC). According to police reports, the search engine Google tipped off NCMEC regarding potentially illegal online activity. From there, the NCMEC system was able to determine Piqua as the location of the user’s IP address, and investigators subsequently identified Joshua Schwarz as a possible suspect.

The NCMEC CyberTipline report included two photos that had prompted Google’s initial report to NCMEC, both of which depict underage children in sexually explicit positions.

The Google account and phone number associated with the illegal online activity were traced back to Schwarz, and soon after, PPD obtained a search warrant for Schwarz’s home, which he shares with his girlfriend. Fifteen items were taken from the home as evidence, including several cell phones, multiple laptops and tablets, a digital camera, and a video camera.

According to the police report, while reviewing one of the cell phones, investigators discovered “several hundred” images of a sexual or suggestive nature involving females ranging from pre-school age to adult, varying in type from clothed to fully nude, and some depicting graphic sexual conduct.