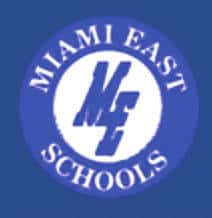 CASSTOWN — The Miami East Local School District is offering extra help for students who have fallen behind, including before and after-school programs, tutoring and special summer camps.

“We’re not waiting until the end of the school year to do some of the extended learning, and trying to make sure that we are providing resources for those kids and parents who need some extra assistance,” district superintendent Dr. Todd Rappold said during the Miami East Board of Education’s regularly scheduled meeting on Monday, March 15. “We’re working on that right now.”

Board members discussed a draft version of the district’s Extended Learning Plan, which must be submitted to the Ohio Department of Education by April 1. “I feel very confident in the plan we’ve got right now,” Dr. Rappold said.

“This is going to be a fluid document,” he said. “If someone has an idea that we’ve never tried before, I’m all ears.”

Several new programs, including extra tutoring and new summer camps, are already being implemented. At Miami East Junior High School, teachers submitted the names of students who were falling significantly behind for a special tutoring program after school on Monday and Wednesday afternoons. “Today was the first day,” sixth-grade teacher LaDonna Mays said. “We’re excited to see where that progresses.”

“At the high school, they’ve offered opportunity school in the morning and the afternoon,” Dr. Rappold said. “It’s usually one day per week but they’ve expanded it to two days per week. At the elementary, we’ll offer some after-school tutoring.”

Test scores show that students are actually not very far behind, compared to normal years. “We were not that far off from where we would typically be in a normal school year, even with being closed in the spring,” Dr. Rappold said.

“We feel like the sixth grade was probably the largest number of students who were not quite where they should be,” Mays said.

“Over the summer, we’re going to offer a number of different academic camps in all three of the buildings,” Dr. Rappold said.

In other business, board members also discussed a report from the Miami East Facilities Team and approved open enrollment for the 2021-2022 school year.

“We’re kind of getting back into the swing,” Dr. Rappold said of the facilities team, which is already working on several projects for 2021 including WiFi upgrades, finishing LED lighting installation at the High School and seeking bids for two additional classrooms.

Applications for open enrollment will be available starting next month, for students who reside in districts that border the Miami East Local School District. “Applications will be available in the months of April and May only,” Dr. Rappold said. “Grade level enrollment numbers will prohibit new student enrollment requests that have not been submitted or approved during the 2018-2019 school year.”

Board members also heard a report on this year’s VikingFest fundraiser, which was held successfully despite changes due to COVID-19 restrictions.

Festival organizers sold bracelets and held dine-ins at several local restaurants, raising enough funds to offer the same number of scholarships that they did last year.

“That group has just done a great job,” Dr. Rappold said. “They pivoted in a hurry.”

“Those are due in early April,” Dr. Rappold said. “Students and parents can apply for a wide variety of scholarships that are offered to our seniors online through the common app.”

Board members’ next regularly scheduled meeting will be held at 7 p.m. Monday, April 19.