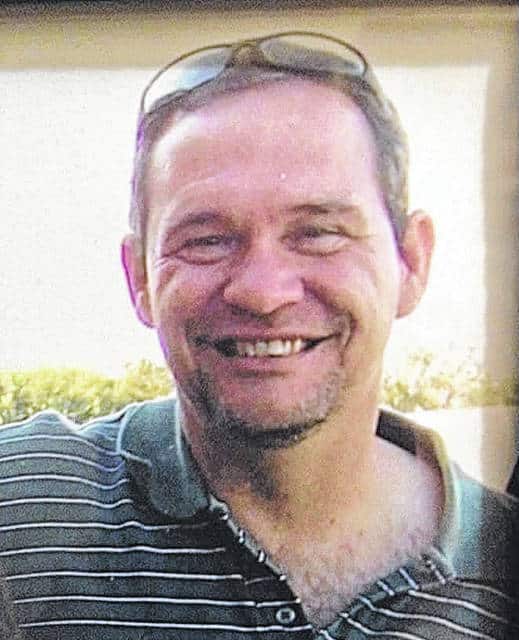 TROY — Ronald Leigh Pickering born May 21, 1967, was welcomed into Heaven March 11, 2021. Ronnie died from the complications of Covid 19. He put up a good battle but his body got tired and God took another child home.

Ron leaves behind to mourn him; his treasured wife Donette Christine Pickering, his daughters Marina Christine Weldon and Olivia Kay Weldon. He is also survived by his beloved mother Marie Elena Trittschuh, his sisters Becky Jean Patrick and Rhonda Lynn Pickering, his adored mother and father-in-law Donald and Linda Nicholson. Also left behind are his nephews Kyle (Sarah) Kosicki and Kristoph (Emilee) Kosicki, as well as many other beloved family and friends.

Ronnie was an extremely talented man who touched many lives positively with his kindness, caring, nurturing, and wisdom. Among his many, many talents, he was one of those guys who could fix anything and he used that ability in service to others. He counseled many young people through tough times, as he could do that using his own experiences as an example.

Before the announcement of his death had been published for five minutes, there were literally hundreds of words of tribute to him from those whose lives he had touched. He had dozens of words and sayings he used to help get people through tough times but one of his favorites was “do the next right thing”. He and Donette loved to cruise and Ron loved listening to Christian music. He spent happy days watching and being fascinated by the sound and views of the sea.

Ronnie will be missed and grieved by many, many people. But while he loved life so very much and was happy in his service to others and especially his marriage to his beautiful wife and lovely daughters, he was thrilled to go to God. He is being welcomed into Heaven by the open arms of Jesus. And knowing Ron, there is a big happy smile on his face as he kneels before Him and asks his Maker, “How can I be of service to You?”.

Ronnie is being cremated and there will be a celebration of his life announced at a later date. Ronnie, we will all miss you deeply. Rest quietly in the arms of God.

In lieu of flowers, please consider donations to the GoFundMe page set up for the family under Family Strong. Arrangements entrusted to Fisher-Cheney Funeral Home, Troy, OH. Online condolences may be left for the family at www.fishercheneyfuneralhome.com.