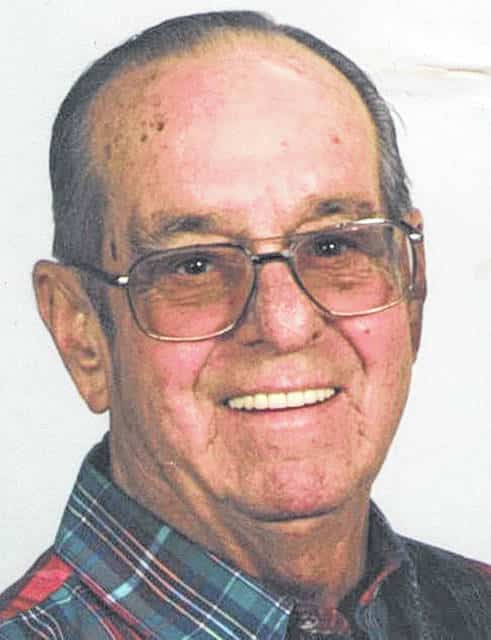 WEST MILTON — Herbert Edward Johns (89) was born January 6, 1932 on the Jesse Haines farm on Phillipsburg Road in Phillipsburg, Ohio to Vernon Edward & Mary Susan (Mundhenk) Johns, who precede him. He died March 2, 2021 at the VA Hospice Unit in Dayton, Ohio.

Herb was proud of being born on the Jesse Haines farm because Jesse was a very well-known pitcher for the St. Louis Cardinals. Herb lived there until around five years old, when the family moved to the corner of Phillipsburg-Brookville Road and Rt 40. That is where he lived until he left for the Army in 1952. All of his siblings graduated from Phillipsburg High School, and he graduated in 1949. After school, Herb worked at the grain elevator in Brookville and then at General Motors in Dayton.

Herb met his wife, Doris, in Herr’s Restaurant, a well-known hang out for kids in West Milton in 1949 and they were married September 10, 1952 at the United Methodist Church in Phillipsburg, Ohio. Herb received his letter from Uncle Sam in July of 1952 and spent 19 months in Toyoko, Japan. He went back to General Motors when he returned, and in 1965 was employed by the United States Post Office (rural carrier) here in West Milton and retired after 30 years. He worked many part time jobs to fill his time. He was a life member of Post 487, American Legion of West Milton, was the post commander and other chairs, 3rd District Commander, which takes in several counties, and had an appointment in the Department of Ohio. We always told him the legion was one of his first loves and his part-time home. He also was a member of the VFW Post 8211 of West Milton. Herb never knew a stranger and was a “people” person.

Funeral services will be held at 11 AM Monday, March 8, 2021 at Hale-Sarver Family Funeral Home, 284 N. Miami St, West Milton. The family will receive friends on Sunday evening, March 7 from 3 – 5 PM at the funeral home. Memorial contributions may be made in Herb’s honor to the VA Hospice or Miami County Humane Society. Messages of sympathy may be left for the family online at www.hale-sarver.com.