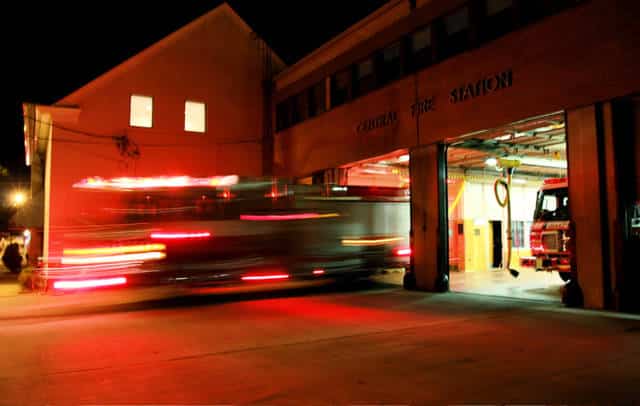 TIPP CITY — Tipp City Fire and Emergency Services were called to a fire in a residential house at 11:15 p.m. Monday, March 1.

According to Chief Cameron Haller, the call came in for smoke in the hallway of the occupied home at 235 S. Third St., a large church structure converted into a single-family home.

Upon arrival, crews reported smoke showing from a window extending to the roof at the side of the structure with possible extension into the attic. A second alarm dispatched more mutual aid fire apparatus and a medic. A room adjacent to an old vestibule away from the living areas was discovered by firefighters in the area of origin with minimal smoke and no fire.

Haller said crews quickly made their way to the fire area and extinguished the fire and ventilated the house.

The cause of the fire is undetermined at this time and the residence did not have smoke detectors in operation. Vandalia fire investigators are assisting Tipp City personnel in determining the cause.

The estimated loss to the structure is $2,500 and $2,500 to the contents. The homeowner was not displaced by the fire.

Mutual aid was provided by Vandalia, Troy, Bethel Township, and Elizabeth Township fire departments. No injuries were reported by the family or emergency responders.