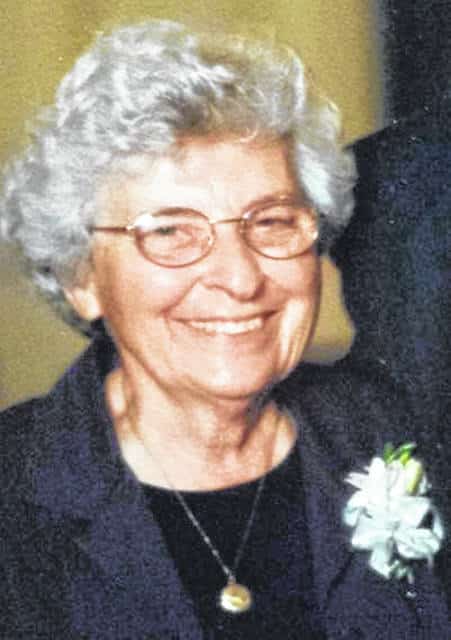 She was a 1937 graduate of Tippecanoe High School. After marrying Warren Lee Beeson in September of 1940, they moved around from one rented farm to another for a few years before eventually purchasing an Elizabeth Township dairy farm in 1955. They were members of Miami Co. Jersey Breeders Assoc. She became a member of the Cove Spring Church where she sang in the choir and taught children for 66 yrs. She was also a 7th degree member of the National Grange, a fraternal organization promoting agriculture, for 77 yrs. She was an annual fixture at the Grange Kitchen during the Miami Co. Fair, and was frequently pictured in the newspaper with her sister, Amy Eidemiller and her daughter, Patty Taynor. On Memorial Day of 2019, her family served homemade ice cream and cookies to over 400 guests who came to join in the celebration of her 100th birthday at the Miami Co. Fair Grange Kitchen.

Family always came first. You could tell that by how her familiar smile would light up her face whenever she was with them. She would travel for hours to cheer for her grandchildren & great-grandchildren during their sporting events or showing their animals at various fairs around the state. As a former bus driver, she was an avid supporter of Miami East athletic events, tailgating with friends before football games well into her 90’s. And when the Vikings advanced in various tournament playoffs, she was always there to support them, no matter how many stadium or arena steps she had to climb!