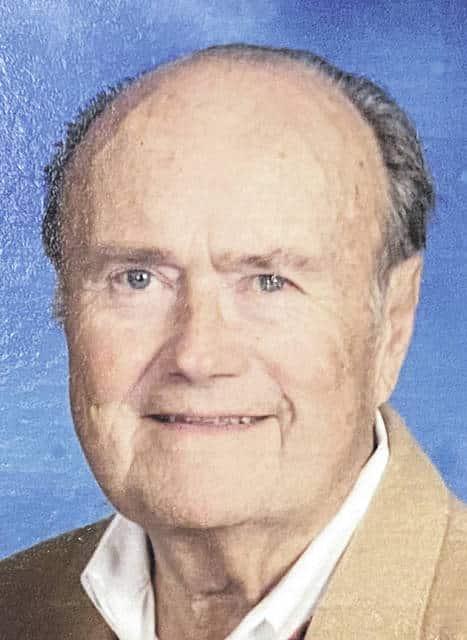 Tom attended St. Mary Catholic School, Piqua Catholic High School, and Xavier University, where he majored in Accounting. Upon graduation, Tom entered the military as an officer. He proudly served his country in the United States Army and was in the 9th Field Artillery Missile Group. It was at the Army base where he met the love of his life, Joyce, at the Officers Club on St Patrick’s Day 1964. On October 2, 1965, he married Joyce Ann (Daugherty) Murray, beginning a remarkable 55 year marriage.

Upon return to Piqua from the military, Tom worked under his father’s tutelage and eventually assumed proud ownership of Thomas R Murray Jr and Associates CPAs accounting firm. In this capacity, he provided service to and forged relationships with countless individuals and businesses in the greater Miami County area. He retired from Murray, Wells, Wendeln, and Robinson CPAs.

Tom was witty and charming with a funny sense of Irish humor. He had many hobbies and interests, including riding his John Deere for countless hours mowing the yard, extreme gardening, boating, fishing, golfing, camping, traveling in his RV, crooked croquet and Monopoly games, and anything associated with fireworks. But above all else, he most treasured spending time with his family, and took pride in teaching them the love of his pursuits. He was a gracious host and always encouraged his family and friends to “come back when you can.”

Tom was kind and humble with a very generous heart, and freely gave his time and support to many organizations and charities including St Mary Catholic Church, Knights of Columbus, America Legion, and Piqua Chamber of Commerce.

Tom had a deep belief in the Catholic faith. A private Mass of Christian Burial will be held at the convenience of the family. Arrangements have been entrusted to Melcher-Sowers Funeral Home, Piqua. A celebration of Tom’s life will be held at a later date.