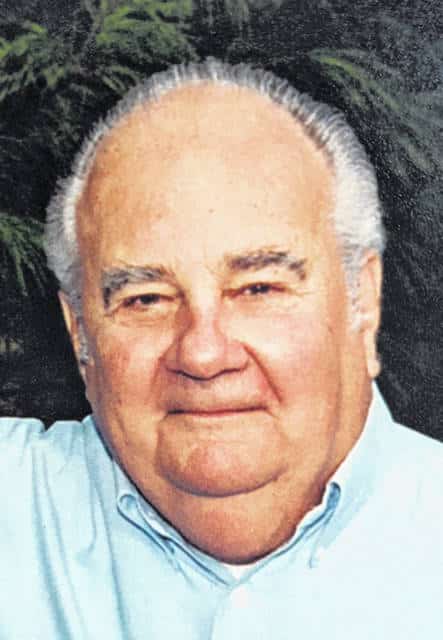 PIQUA — James L. “Jim” Wilson, 85, of Piqua, passed away at 1:28 a.m. Wednesday, February 10, 2021 at the Hospice Inpatient Unit at Upper Valley Medical Center. He was born September 19, 1935 in Covington to the late Richard James and Lois Effie (Bookwalter) Wilson. He married Diane C. (Jones) Wilson on November 23, 1961 at St. Mary Catholic Church and she survives.

Mr. Wilson was a graduate of Piqua Central High School Class of 1953, and entered into the U.S. Air Force, proudly serving from 1955 to 1959 working on jet engines. Jim worked as a toolmaker, helping to make the brakes for space shuttles at Goodrich, retiring after 40 years of service. Jim was active in various clubs through the years, serving as president and trustee of the Piqua Fraternal Order of the Eagles 614, and was a dual member of Troy F.O.E. 971. Jim also was a life member of the Am Vets Post 66, and of the Troy Fish and Game. He was also a member of the former Piqua Moose 1067 and an associate member of the Piqua Knights of Columbus 3344. Jim enjoyed collecting old cars and playing cards with friends and family.

A graveside service for friends and family to honor his life will be held at 2:30 p.m. Friday February 12, 2021 at Forest Hill Cemetery where full military honors will be provided by the Veterans Elite Tribute Squad. Jamieson & Yannucci Funeral Home is assisting the family.

In lieu of flowers, memorial contributions may be made to Hospice of Miami County, PO Box 502, Troy, OH 45373. Guestbook condolences and expressions of sympathy, to be provided to the family, may be expressed through jamiesonandyannucci.com