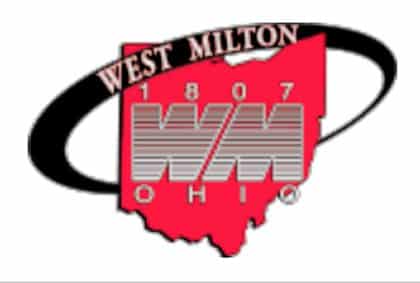 “It could be sooner or later,” acting municipal manager Ben Herron said during village council’s regularly scheduled meeting Tuesday. “If we get our toters in the next two weeks and the bulk truck comes in, there’s no reason why we won’t be picking up starting on April 6.”

“They would not tell me what they were going to raise it locally,” Herron said. “It could have gone up 8% on this contract.”

“I applaud you guys for doing what you’re doing,” Pence said. “You’ll be able to control your total cost of trash pick-up for years to come; that is huge.”

“You’re going to hear some complaints at first, but it will all work out,” he said. “If you didn’t take this step now, your residents would be paying a lot more here in the next five years.”

The village is currently planning to hire one additional maintenance worker for trash collection.

In other business, council also discussed the village’s search for a new municipal manager and council member. Eleven candidates have already applied for the municipal manager position, and at least two more are expected to submit their resumes before the application deadline on Feb. 15.

“We’re getting some really good applicants,” Herron said. “Eight of the applicants have master’s degrees.”

The village has also received approximately seven or eight applications for its open council seat, and members plan to meet with each applicant during executive sessions on Feb. 8 and 9. The candidate they select will be voted in at council’s regularly scheduled meeting in March.

“We do that twice a year,” Swartztrauber said. “We’ll be doing another one in early summer, and then again after we flush hydrants.”

“Everything has been fixed,” he said. “We found several hydrants that were leaking; one of them wouldn’t shut off, so we shut it off and it’s scheduled for repair … We figured that the hydrants we found leaking were between 1-2 gallons per minute.”

Village council’s next regularly scheduled meeting will be held at 7:30 p.m. on Tuesday, Feb. 9, at the municipal building.