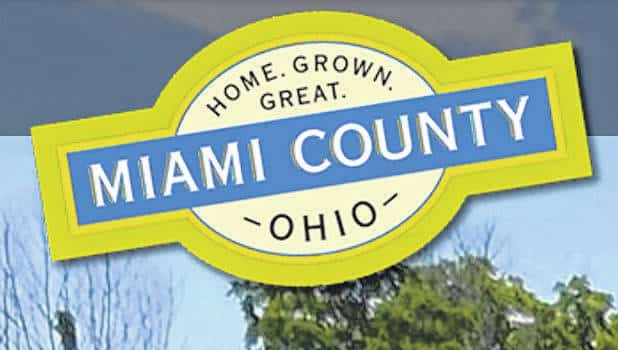 TROY — Miami County remains in the red zone for COVID-19 spread, according to the Ohio Public Health Advisory System, although the county now meets just one of the system’s seven indicators.

According to Emergency Management Agency Director Joel Smith, who gave his weekly update during the meeting Miami County Commissioners Thursday, although the county now meets just one indicator — new cases per capita — it will not be out of the red zone until cases drop to less than 100 per 10,000 residents. Cases per capita over the past two weeks are 669.24 per 100,000 residents, with 716 cases having been reported over the past two weeks. This is down from 716.91 cases per capita reported for the two weeks prior.

In spite of this, Smith highlighted the positives, including a slow decrease in new cases, a slight decrease in emergency department and outpatient visits for COVID-19-like illness, a decrease in hospital admissions and a low ICU bed occupancy for COVID patients, all noted over the past five days.

Smith also gave an update regarding the vaccination program within Miami County, stating 5.84 percent of the population in Ohio has received at least the first shot.

In Miami County, 5,020 vaccinations have been given so far, he said, which is 4.69 percent of the population. Next week, the age of eligibility for vaccination will include those 70 years and older.

Smith noted vaccination appointments, which must be scheduled ahead of time, are filling up quickly, stating all available appointments for next week’s rollout had been filled by noon Thursday.

“(Health department officials) have now gotten into a routine … they are told how many vaccines they’re going to get on Tuesday night or Wednesday morning and then they make the arrangements for the next week,” Smith said.

Smith said appointment scheduling is opened each Thursday at 9 a.m., for the following week, on the health department’s website, www.miamicountyhealth.net/vaccine-registration.

Vaccines are also being administered at Kroger Pharmacy in both Troy and Piqua, as well as at Upper Valley Medical Center in Troy. Phone numbers for each location are available on the health department’s website, as well.

In other business during Thursday’s meeting, commissioners:

• Approved an extension of the filing period for dog registration applications to July 1.

• Authorized payment for the purchase/installation of 25 Panorama 5-1 Dome Antennas in sheriff’s office cruisers, at a cost not to exceed $6,250.

• Accepted quotes and approved the purchase of two 2022 Western Star Single Axle Cabs and Chassis complete with dump body, hydraulics and hitch, at a total cost of $175,786, which includes the trade-in of two dump trucks.

• Accepted a quote and authorized the purchase of one 2022 Western Star Tandem Axle Cab and Chassis complete with dump body, hydraulics and hitch, at a cost of $116,049, which includes a trade-in.

The next regular meeting will be held Tuesday, Feb. 2, at 9 a.m.